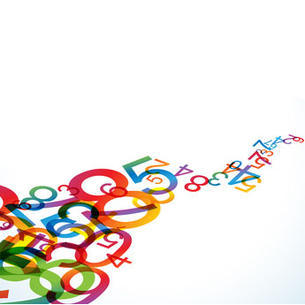 We know that if we’re not counted, we don’t count! Without measuring and quantifying the extent of discrimination and inequalities in Europe, it becomes very difficult to tackle them effectively. That’s why we are calling for more data to measure discrimination and ensure equality in outcome.

Equality data: what for?

Over 1 in 2 Europeans believe that discrimination because of one’s ethnic origin is widespread. Yet no European-wide data is available on exactly how many persons experience unequal treatment because of their racial or ethnic origin. The United Kingdom is the only EU country to collect equality data on ethnic minorities.

We know that if we’re not counted, we don’t count! Without measuring and quantifying the extent of discrimination and inequalities in Europe, it becomes very difficult to tackle them effectively.

How can an employer ensure the diversity of its workforce without data on the ethnic and religious background of its employees?

How can we measure whether anti-discrimination policies are actually being implemented without data on the socio-economic situation of groups who are victims of discrimination?

What are we doing about it?

We are calling for more data to measure discrimination and ensure equality in outcome, in particular on the grounds of ethnic origin and religion. Our end goal is to ensure that EU Member States collect comparable sets of equality data, in respect of fundamental rights and data protection standards, so that they can plan inclusive public policies and monitor their implementation.

We are increasing awareness of the need for data about disadvantaged minorities in the EU among key actors, including anti-racist organisations across Europe, EU institutions, national governments, data protection authorities and equality bodies.

We work with experts to ensure that equality data is collected in consultation with the groups who are victims of discrimination and their personal data is actually used for their own benefit.

We support ethnic and religious minorities in their efforts to ensure that no data is collected about them without them and to hold States accountable for the data collected.

Watch “Equality data collection: what is it all about?”: