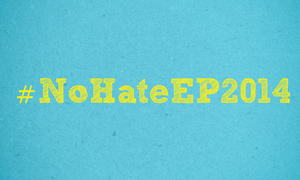 The 2014 European Parliament elections are taking place in a context marked by the crisis and the rise of extremist parties in different parts of the European Union. Exclusion and intolerance represent a real threat for the human rights of many European citizens, in particular members of ethnic, religious and/or sexual minorities.

On 19 March, the main European political parties joined ILGA-Europe and ENAR (European Network Against Racism) to launch together an Appeal for an election campaign free from discrimination and intolerance to combat this threat and reassert the EU’s democratic and inclusive values.

Together with their member organisations, ILGA-Europe and ENAR will monitor incidences of hate speech in the context of the EU election campaign and parties’ adherence to their pledge. If you wish to report hate speech during the election campaign, fill in our reporting form and help us gather evidence of discriminatory or intolerant speech by candidates. We will call public attention to these incidents, and call for a genuinely respectful campaign. 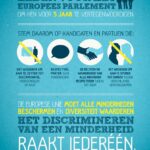 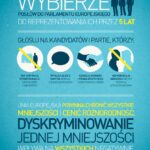 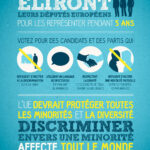 Dear visitor, we use cookies and other third-party technologies installed on our website for technical purposes and, with your prior consent, to enhance your browsing experience, remember your preferences, measure site performance and the other purposes described in the Privacy & Cookie Policy. By clicking “Accept All”, you consent to the use of ALL the cookies. However, you may reject all cookies except the strictly necessary ones by clicking on "Reject All" or by closing this notice, or visit "Cookie Settings" to view our partners and provide a controlled consent. Consent is not necessary to visualize information on this website, and you can object, withdraw or change your consent at any time.
Accept AllReject AllCookie Settings Privacy Policy×
Cookie Consent

This website uses cookies to improve your experience while you navigate through the website. Out of these, the cookies that are categorized as necessary are stored on your browser as they are essential for the working of basic functionalities of the website. We also use third-party cookies that help us analyze and understand how you use this website. These cookies will be stored in your browser only with your consent. You also have the option to opt-out of these cookies. But opting out of some of these cookies may affect your browsing experience.
Necessary Always Enabled
Necessary cookies are absolutely essential for the website to function properly. These cookies ensure basic functionalities and security features of the website, anonymously.
Functional
Functional cookies help to perform certain functionalities like sharing the content of the website on social media platforms, collect feedbacks, and other third-party features.
Performance
Performance cookies are used to understand and analyze the key performance indexes of the website which helps in delivering a better user experience for the visitors.
Analytics
Analytical cookies are used to understand how visitors interact with the website. These cookies help provide information on metrics the number of visitors, bounce rate, traffic source, etc.
Advertisement
Advertisement cookies are used to provide visitors with relevant ads and marketing campaigns. These cookies track visitors across websites and collect information to provide customized ads.
Others
Other uncategorized cookies are those that are being analyzed and have not been classified into a category as yet.
SAVE & ACCEPT
Powered by